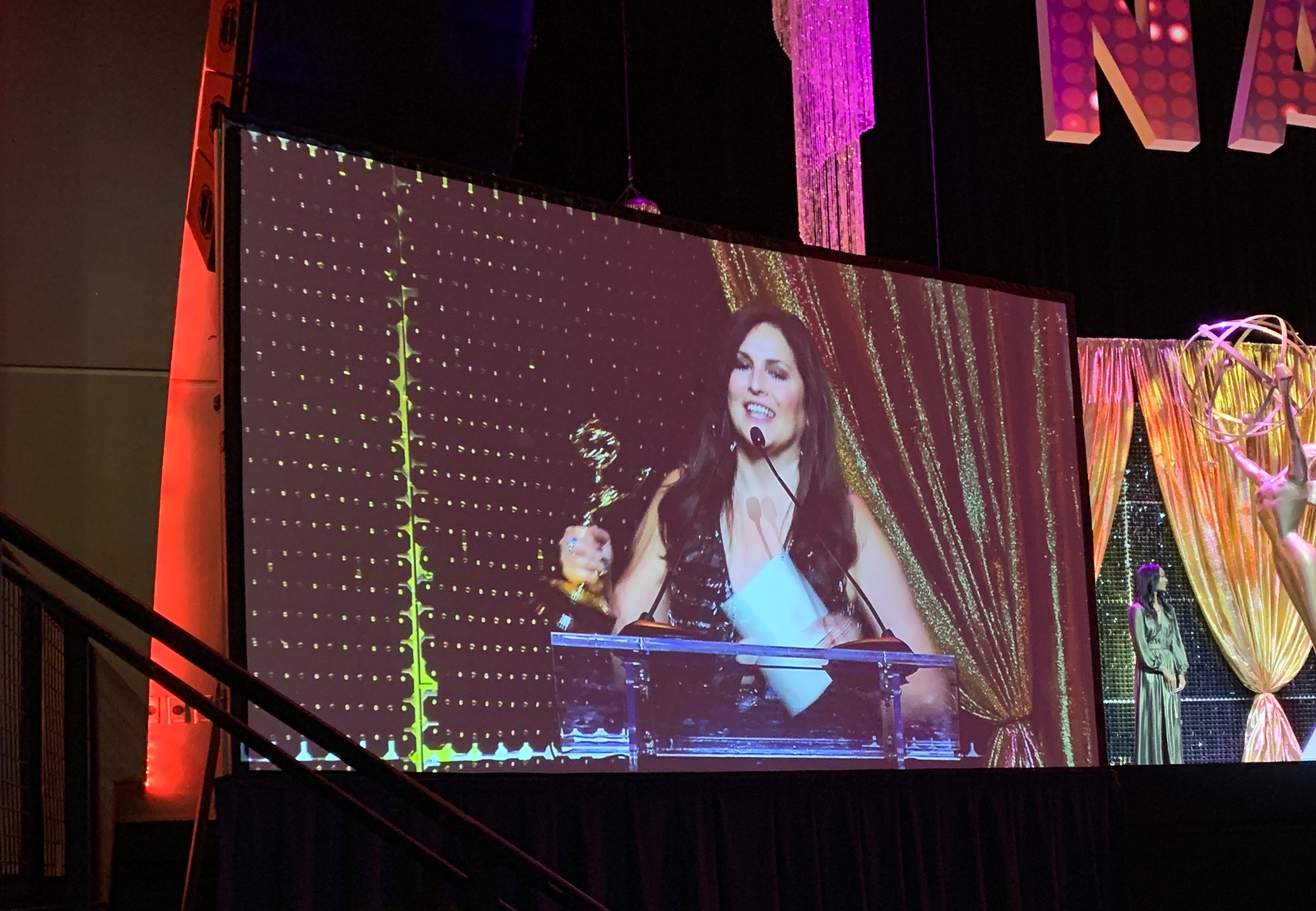 DETROIT, Mich. (June 15, 2019) – The National Academy of Television Arts and Sciences, Michigan Chapter, has awarded Robin Schwartz PR a 2019 EMMY award for special video produced for the Downtown Boxing Gym Youth Program entitled “A Hero’s Journey.” The video follows Downtown Boxing Gym Founder and CEO Khali Sweeney on a 1,400-mile journey in a single day from Detroit to Alton, New Hampshire to meet and surprise an 8th grade student who wrote him an inspiring letter thanking him for being a hero.

“I was so shocked… I actually wanted to cry but I didn’t,” the student, Valeria Ramos, said following the surprise. “I’m so honored to meet him – meet somebody like Khali Sweeney who changes lives every single day.”

The Downtown Boxing Gym is a free, after-school academic and athletic program for Detroit students ages 8-18. Since 2007, the gym has had a 100% high school graduation rate. Sweeney, a 2017 CNN Hero Top 10 Finalist, started the program to give young people the tools and resources that would have helped him succeed as a child. CNN aired a version of the video produced by Robin Schwartz PR.

“Khali Sweeney is one of the most amazing people I have ever met in my entire life,” Schwartz said during the EMMY award ceremony at Motor City Casino’s Sound Board. “He completely turned his life around and is not only succeeding but is helping young people on their path(s) to success. It’s an incredible honor to be able to tell his story – not just this one, but to document his story all throughout the year.”

The winning EMMY entry was in the category Human Interest News Feature – Single Story. The award is the 9th EMMY for Robin Schwartz PR Founder and CEO Robin Schwartz, and her first EMMY win outside of TV news. Click here to watch A Hero’s Journey.

ABOUT THE MICHIGAN EMMY AWARDS

As part of the National Academy of Television Arts and Sciences, the Michigan Chapter is the standard-bearer for excellence in the television broadcasting industry and the gatekeeper of the prestigious regional EMMY® Awards in Michigan. The Michigan EMMY® represents the most experienced and talented television professionals from all disciplines of the industry and from all of Michigan’s 11 television markets. Winners are selected following rigorous nomination and voting process and are judged by peers in the industry.

Robin Schwartz PR is a metro Detroit-based, woman-owned business that helps businesses, nonprofits, and everyday heroes tell powerful stories in a variety of ways. Since 2016, we’ve served more than 40 businesses and nonprofits and have helped tell stories that have been seen around the world. Our team consists of seasoned journalists, videographers, editors and other passionate storytellers. Learn more at robinschwartzpr.com or follow us on LinkedIn, Facebook, Twitter, or Instagram.